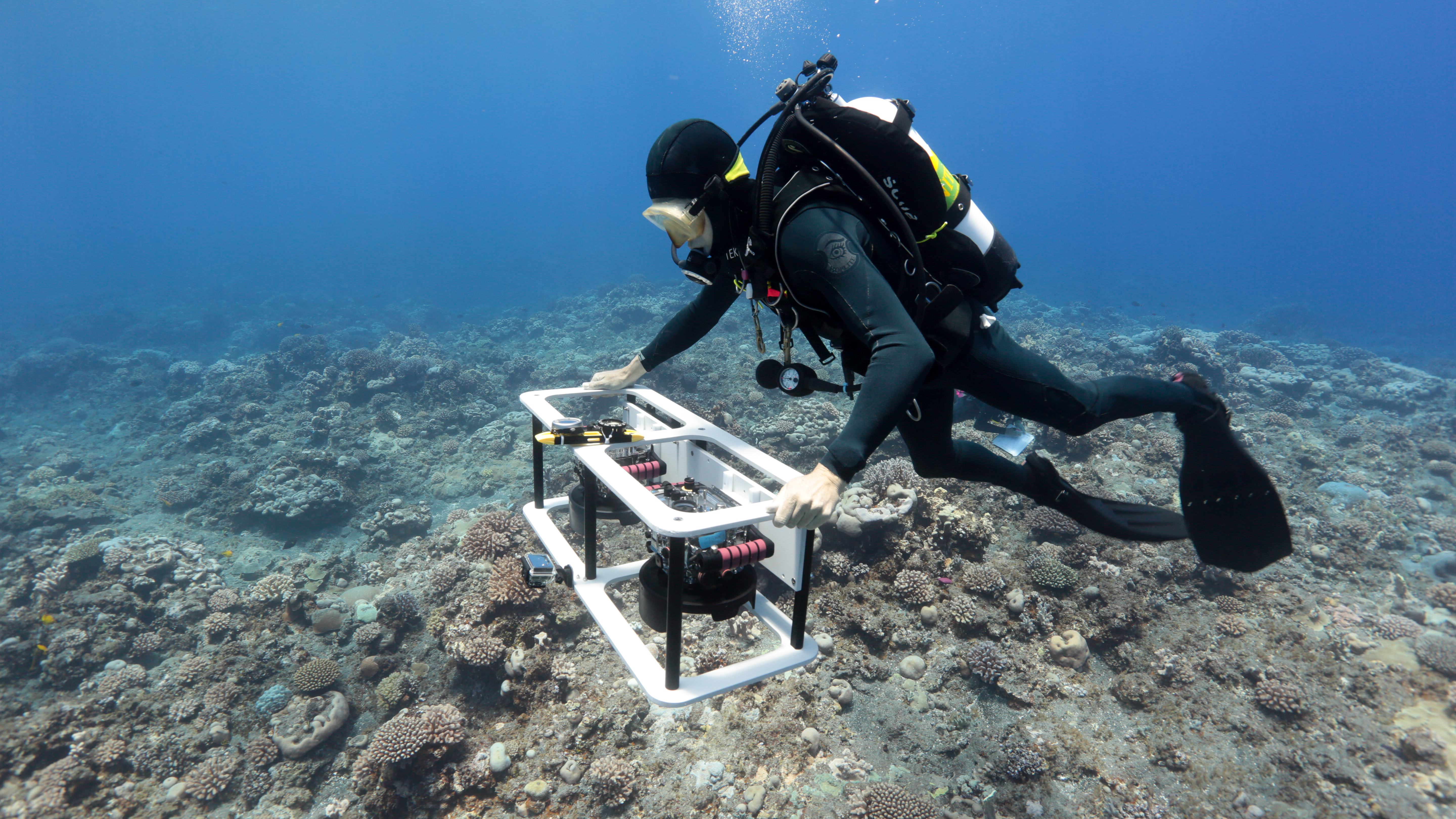 In May of 2014, 100 Island Challenge team members Clinton Edwards and Mike Fox joined the National Atmospheric and Atmospheric Administration Coral Reef Ecosystem Program (CREP) on the vessel Hi’ialakai for a special mission to the Island of Maug, located in the Commonwealth of the Northern Marianas Islands National Monument. Essentially a sunken volcano caldera, the unique and active geologic history of Maug presents a natural experiment for scientists to study the effects of ocean acidification on coral reef communities.

The team was joined by filmmaker and former CREP diver Stefani Gordon (openboatfilms.com) who documented the trip above and below the water, and interviewed the participants. This footage aired on June 29th online,  on PBS station WPBT2’s television series Changing Seas. The program will introduce Maug’s ecosystem and explain the work of the researchers participating on the cruise. The Sandin lab contributed their expertise in large area imaging, which is presented in the final segment of the program. The large area images contributed to the publication in Nature Climate Change from this trip, “Shift from coral to macroalgae dominance on a volcanically acidified reef” (doi:10.1038/nclimate2758).

The episode originally aired June 29th on the Changing Seas website, but you can watch the episode here anytime!! 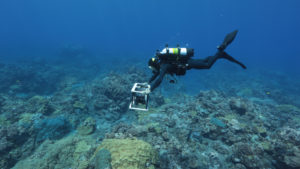 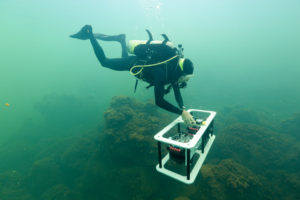 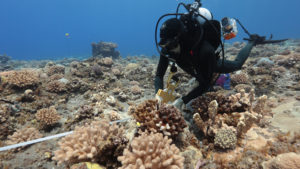